February, 2015, Gay weddings in some states are being challenged. Alabama has become the next state to try to hinder gay weddings. Alabama Chief Justice Roy Moore has decided to ignore the US Supreme Court’s ruling 18 months ago that legalized gay marriage in all 50 states. Many Alabama judges are agreeing with the Chief and not issuing marriage licenses to all couples regardless of their preference of who they want to marry.

Already, some gay couples are finding it more difficult to find a legal authorized State employee to provide them their rights. Couples are having to drive longer distances and wait. The homophobic chief justice of the Alabama Supreme Court does not agree with the US government.  “At this point, I am not defying the United States Supreme Court,” the 68-year-old Christian judge and Republican said. He said “It couldn’t serve as precedent because we ruled first,”  Justice Moore referred to the Supreme Court ruling, Obergefell vs. Hodges. 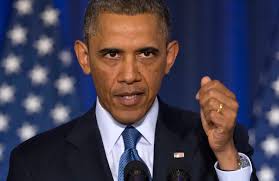 Gay weddings have been occurring in every State. In Hawaii, Gay Hawaii Wedding has coordinated over 800 legal gay weddings since 2013. Alabama gay marriage is threatened by this activist because of his religious beliefs. We in Hawaii welcome all gay Alabama couples to come to Hawaii and get married and honeymoon if they so desire. In the meantime, we continue to offer moral support and informing the LGBT community on what is occurring in Alabama.

Update: Jan 21, 2105, President Obama said today the US supreme court decided the case for all 50 states and that Alabama will eventually have to comply.

Walking down the beach with the one you love. Nothing is more special than a Maui beach wedding with your soulmate. Photo credit Kevin Rebelo. www.gayhawaiiwedding, 808-891-1208, #gaywedding, #mauiwedding, #hawaiiwedding, #mauisoulmate ... See MoreSee Less

Someday, you will find the one who will watch every sunrise with you until the sunset of your life. Maui, the isle of Love. Photo credit Kevin Rebelo. www.gayhawaiiwedding.com, @gaywedding, #hawaiiwedding ... See MoreSee Less

WHATS NEXT A GAY PRESIDENT

LGBT weddings on Maui are the best. We have the best photographers to capture the emotion of the moment. www.gayhawaiiwedding.com, #gaywedding, #hawaiiwedding ... See MoreSee Less