Just when LGBT people thought the government thought they were equal, the evangelical lobby is trying hard to get Senators from voting in favor for the Equality Act.
Complacency among some in the LGBT community is seen as an opportunity to pursue a repeal of the law. GOP Sens. Mitt Romney of Utah and Roy Blunt of Missouri also said they hadn’t decided what they will do. Apparently heterosexuals get more rights than the LGBT community.

Sen. Todd Young, a Republican from Indiana, said he would have “more to say” about the same-sex marriage bill after the Senate finishes work later this week on a bill on the floor now that he co-sponsored to increase the production of semiconductor chips.

Iowa Republican Sen. Joni Ernst said she is talking to her constituents about the issue. “I’m hearing from both sides right now. I’ve just got to hear from Iowans,” she said. One Iowan this reporter spoke to from Iowa City said ” who does Ernst think she is? Why should one person or a group of people decide who gets equal rights”?
The Supreme Court issued its Obergefell v. Hodges decision, which ruled that states must allow same-sex couples to marry. A Pew Forum poll before the decision found that most Americans (57%) thought same-sex marriage should be legal, but less than a third of evangelicals agreed. Many are now asking questions about the difference between civil and religious marriage, the place of religious dissent on same-sex marriage, and pastoral care.
Judge Alito insisted that the right to same-sex marriage was not among those rights “deeply rooted” in history and tradi­tion. Notably, he harped on “the newness of the right,” noting it was “contrary to long-estab­lished tradi­tion.”Alito voted against gay marriage in 2015. 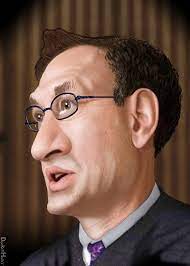 Cruz, the Texan senator who headed south when the Texas electrical grid fried and it got cold in Texas, says this issue is too hot for him to figure out.  Cruz and the Senate will vote soon, and we will find out if gay weddings are going to continue to occur in the USA. Cruz actively courts the evangelical vote.

The Roman Catholic Church cannot bless same-sex marriages, no matter how stable or positive the couples’ relationships are, the Vatican said on Monday. The message, approved by Pope Francis, came in response to questions about whether the church should reflect the increasing social and legal acceptance of same-sex unions. The battle of Love vs Hate continues,.

We provide LGBT Officiants and more. Come to Maui, a very gay-friendly island,

Sunset weddings on Maui are the best. Our photographers capture moments to last a lifetime. #Mauiwedding, http://www.gayhawaiiwedding.com, 1-808-891-1208.

With this ring I promise you will not walk alone. http://www.gayhawaiiwedding.com 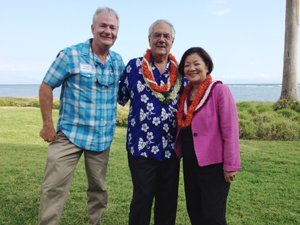